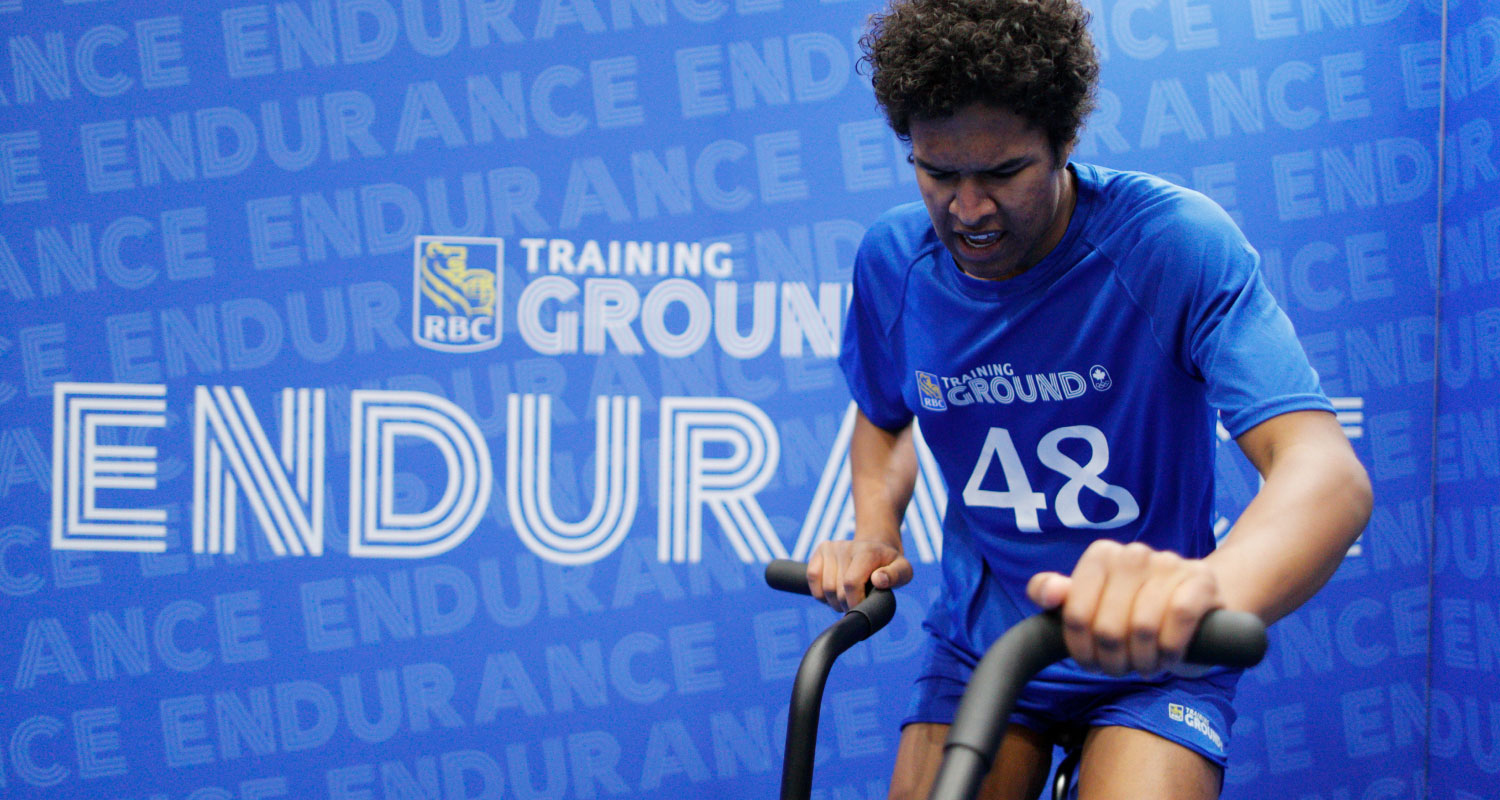 Today, RBC Training Ground announced the top 30 athletes who were nominated by the program’s National Sport Organization partners and who will continue on receiving funding and support from RBC, as well as a spot on the Canadian National team.

The program resumes its search for Canada’s next generation of Olympic athletes with a new season starting shortly after the conclusion of the 2022 Winter Olympic Games in Beijing.

The list of RBC ‘Future Olympians’ was announced as a part of a TSN special, which followed select athletes as they prepared for the RBC Training Ground National Final – the last chance for athletes to impress Team Canada scouts prior to nominations.

To find out which cities are hosting events in 2022, visit our Schedule, and click here to sign up for an event near you.

Erin Watchman, a Jr. National Team weightlifter in 2019, used the National Final to show her future Olympian abilities in the sport of Track Cycling. Among females 19 and over, Watchman had the second best Watt Bike (Speed) score the third best Vertical Jump score (Power), and was also top five in Standing Triple Jump (Power).

Andriks Terauds, a former National Team-calibre paddler with Canoe Kayak Canada, will also be pursuing Track Cycling as a result of his experience at the RBC Training Ground National Final. Among males 19 and over, Terauds recorded the third best result in Standing Long Jump (Power) and the second best result on the Watt Bike (Speed)